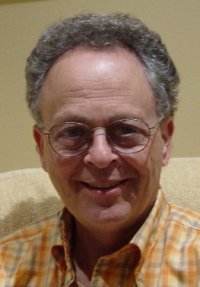 Jerry M. Mendel received the Ph.D. degree in electrical engineering from the Polytechnic Institute of Brooklyn, Brooklyn, NY. Currently he is Professor of Electrical Engineering at the University of Southern California in Los Angeles, where he has been since 1974. He has published over 470 technical papers and is author and/or editor of eight books, including Uncertain Rule-based Fuzzy Logic Systems: Introduction and New Directions (Prentice-Hall, 2001). His present research interests include: type-2 fuzzy logic systems and their applications to a wide range of problems, including smart oil field technology and computing with words. He is a Life Fellow of the IEEE and a Distinguished Member of the IEEE Control Systems Society. He was President of the IEEE Control Systems Society in 1986, and is presently Chairman of the Fuzzy Systems Technical Committee and an elected member of the Administrative Committee of the IEEE Computational Intelligence Society. Among his awards are the 1983 Best Transactions Paper Award of the IEEE Geoscience and Remote Sensing Society, the 1992 Signal Processing Society Paper Award, the 2002 Transactions on Fuzzy Systems Outstanding Paper Award, a 1984 IEEE Centennial Medal, an IEEE Third Millenium Medal, and a Pioneer Award from the IEEE Granular Computing Conference, May 2006, for Outstanding Contributions in Type-2 Fuzzy Systems.