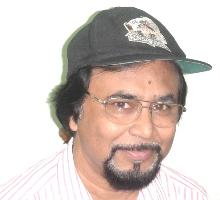 Nikhil R. Pal (www.isical.ac.in/~nikhil) is an INAE Chair Professor in the Electronics and Communication Sciences Unit of the Indian Statistical Institute. His current research interest includes bioinformatics, brain science, fuzzy logic, neural networks, machine learning, and data mining. He was the Editor-in-Chief of the IEEE Transactions on Fuzzy Systems (January 2005-December 2010). He has served/been serving on the editorial /advisory board/ steering committee of several journals including the International Journal of Approximate Reasoning, Applied Soft Computing, Fuzzy Sets and Systems, Fuzzy Information and Engineering : An International Journal, IEEE Transactions on Fuzzy Systems and the IEEE Transactions on Systems Man and Cybernetics B (currently IEEE Transactions on Cybernetics).

He is a recipient of the 2015 Fuzzy Systems Pioneer Award. He has given many plenary/keynote speeches in different premier international conferences in the area of computational intelligence. He has served as the General Chair, Program Chair, and co-Program chair of several conferences. He was a Distinguished Lecturer of the IEEE Computational Intelligence Society (CIS) and was a member of the Administrative Committee of the IEEE CIS. At present he is the Vice President for Publications of the IEEE CIS.