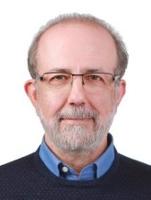 Yannis K. Semertzidis is the director of the Center for Axion and Precision Physics Research in Daejeon, Korea which is funded by the Institute for Basic Science. At the center, he is engaging researchers in the fundamentals of particle and nuclear physics to gain a deeper understanding of the nature of dark matter in our universe as well as the matter anti-matter asymmetry mystery of our universe. He is creating a state-of-the-art facility to explore the dark-matter axion in a process by converting them into microwave photons inside of a high quality microwave cavity contained within a large volume, high magnetic field. Dr. Semertzidis was also a tenured, senior physicist at Brookhaven National Laboratory in New York. While at BNL he focused mainly on two experimental projects: one exploring the dark-matter axion, and another performing precision physics in storage rings including the muon g-2 experiment and the search for the electric dipole moment of protons with unprecedented sensitivity. He is a recipient of the BNL Science and Technology Award for his contributions toward the muon g-2 experiment and he is a fellow of the American Physical Society.